The Curious Case of Henry Molaison 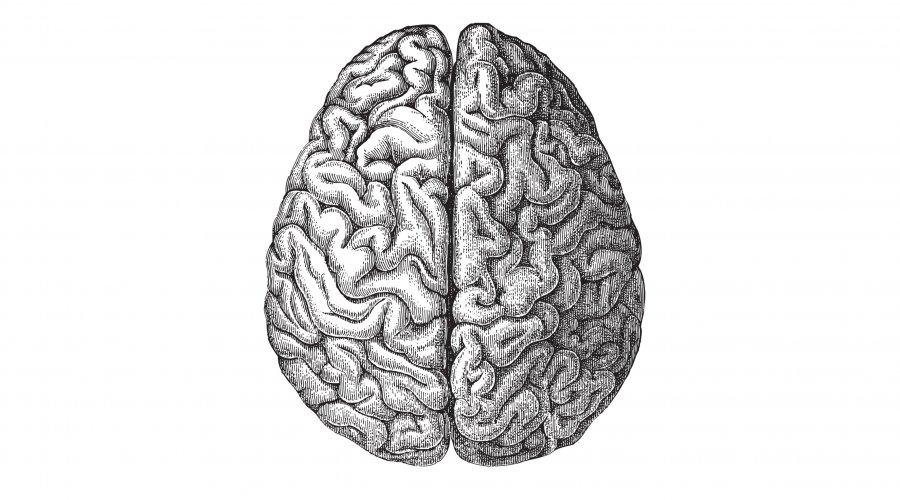 The human brain is one of the most important part of our body and it took millions and millions of years of evolution to achieve this level of perfection. And even after decades of studies, we have only managed to decode a small section of our brain.

In the 21st century, one of the most well established theory about our brain is about the way it stores information i.e the concept of long term memory and short term memory and how our brain stores different informations in different manner. If you don’t know what it is, here is a really good video explaining the same.

The story behind its discovery is very interesting. It all began from a person famously known as Patient HM in the world of neurosciencec. In order to completely understand the story, we need to travel back in time, back to America in the 1950s where our story takes place.

After the world war, there was rapid development in science and technology. But there was one area that was rather crude and not much developed and that is Neuroscience.

The knowledge about our brain, mental health and other mental illnesses was not that developed and there weren’t any ethical barriers to performing medical procedures. Patients sufferring from mental illness were locked up in what were known as mental asylums. They were experimented on and the treatments at the asylums were completely crazy and irrational. The patients were electrocuted with high voltages applied to their temples. The patients had to undergo regular hydrotherapy, where they were submerged in extremely cold water to calm them down.

We mostly hear about mental asyulms in horror movies, but this was the harsh reality back then. It was a crazy period and there wasn’t much knowledge or awareness about mental health. Then came another revolution in neurosurgery, the Lobotomy.

This medical procedure was developed by doctors in Europe. The motto behind lobotomy was that if a certain part of the brain causes problem, just cut it out and everything will be fine. It was thought that cutting certain nerves in brain can fix the excess emotion and stabilize the person. A hole was drilled into the patient’s head from their eyeball socket and and they used to sever brain connections by using knives or by pouring ethanol.

Lobotomy was hailed as an innovation, an instant cure for mental patients. There were more than 50,000 of these surgeries performed just in America. Soldiers suffering from PTSD due to the world war, perform Lobotomy and he’ll be instantly cured. If someone is emotionally unstable, perform lobotmy and they’ll be instantly cured. Of course, in reality, lobotomy was not exactly a cure. It was just cutting open the brain and mushing around with the brain tissues.

“As those who watched the procedure described it, a patient would be rendered unconscious by electroshock. Freeman would then take a sharp ice pick-like instrument, insert it above the patient’s eyeball through the orbit of the eye, into the frontal lobes of the brain, moving the instrument back and forth. Then he would do the same thing on the other side of the face.” -Quoted in the National Public Radio

Did these procedures work? No, definitely not. There were very slim chances of surviving such a procedure. The success rate was less than 50% and even amongst those who survived, the lobotomy had negative effects on a patient’s personality, initiative, inhibitions, empathy and ability to function on their own. Those who survived were left as nothing more than empty shells unable to do anything.

Henry was born in Connecticut, U.S in 1929. After a bicycle injury at the age of 7, he started suffering from intractable epilepsy. He had minor or partial seizures for many years, and then major or tonic-clonic seizures following his 16th birthday. He used to work on an assembly line but by the age of 27, he had become so incapacitated by his seizures that he could not work nor lead a normal life.

The doctors tried various remedies including high dosages of anticonvulsant medication but none of them yielded good results. Dr Scoville, the then neurosurgeon at the Hartford Hospital in Connecticut, decided to perform a lobotmy. Scoville had localized Molaison’s epilepsy to the left and right medial temporal lobes. On 1st September 1953, Molaison allowed surgeons to remove a thumb-sized section of tissue from each side of his brain. It was an experimental procedure that he and his surgeons hoped would quell the seizures wracking his brain.

Although there weren’t any strict ethical code for doctors during those times, the lobotomy was said to have been performed with the consent of the patient and his family. Scoville removed Molaison’s medial temporal lobes on both hemispheres including the hippocampus and most of the amygdala and entorhinal cortex, the major sensory input to the hippocampus.

Surprisingly, the surgery was successful. Molaison’s seizure were abated and more controllable. But Scoville didn’t consider the implications of his surgery. Molaison was left with dense memory loss. He suffered from what we now know as retrograde amnesia. Obviously, this was not scientifically established back then in 1950s. Up until then, it had not been known that the hippocampus was even essential for making memories, and that if we lose both of them we will suffer an amnesia. Once this was realized, the findings were widely publicized so that this operation to remove both hippocampi would never be done again.

When Scoville realized his patient had become amnesic, he referred him to the eminent neurosurgeon Dr. Wilder Penfield and neuropsychologist Dr. Brenda Milner of Montreal Neurological Institute (MNI), who assessed him in detail. Penfield and Milner had already been conducting memory experiments on other patients and they quickly realized that Henry’s dense amnesia, his intact intelligence, and the precise neurosurgical lesions made him the perfect experimental subject.

For 55 years, Henry participated in numerous experiments, primarily at Massachusetts Institute of Technology (MIT), where Professor Suzanne Corkin and her team of neuropsychologists assessed him. He died in December 2008 at the age of 82.

The Research on Molaison

Henry’s memory loss was far from simple. Firstly, he was unable to make any new memories after his operation. He also had moderate retrograde amnesia i.e he could not remember most events in the 1-2 year period prior to his surgery. In some cases, he couldn’t remember events upto 11 years before the time of surgery. He could remember some things — scenes from his childhood, some facts about his parents, and historical events that occurred before his surgery — but he was unable to form new memories. If he met someone who then left the room, within minutes he had no recollection of the person or their meeting. He was perpetually “trapped in the moment,” unable to recall anything beyond 30 seconds.

Scoville and Milner described their findings in their 1957 paper titled “Loss of recent memory after Bilateral Hippocampal Lesions”. They realized that only patients who had specific portions of their medial temporal lobes removed experienced memory problems. And, the more tissue removed, the more severe the memory impairment. The researchers noted patients’ amnesia was “curiously specific to the domain of recent memory.” This led to the understanding that complex functions such as learning and memory are tied to discrete regions of the brain.

Henry lived for 55 years without acquiring any new declarative memories. His surgery, however, left intact other circuits that supported his nondeclarative memory, so he could learn new motor skills and acquire conditioned responses. He was a very happy and friendly person and always a delight to be with and to assess. He never seemed to get tired of doing what most people would think of as tedious memory tests, because they were always new to him! When he was at MIT, between test sessions he would often sit doing crossword puzzles, and he could do the same ones again and again if the words were erased, as to him it was new each time.

A brief summary of his condition is as follows:

The study of Molaison revolutionized the understanding of the organization of human memory. It has provided broad evidence for the rejection of old theories and the formation of new theories on human memory, in particular about its processes and the underlying neural structures. Some of the breakthrough discoveries from his study are as follows:

Henry laid the foundation for all the future studies and he was the only patient who was lobotomized. Lobotomy was later banned in the 1970s due to it being “contrary to the principles of humanity”.

Henry was not the only patient who was studied on. In the later decades there were several more patients who were under study for example, Kent Cochrane, who suffered from severe anterograde amnesia due to an accident in 1981. His semantic memory was intact but lacked episodic memory.

Decades after this event. we still haven’t been able to completely grasp the workings of the human brain. But there has been a considerable growth in the amount of knowledge available to use. We are able to treat mental illness that were considered untreatable back in the 20th century. I beleive that in the future, we will be able to completey understand the workings of human brain and even supersede it. We have already been able to build neural networks which are able to identify and classify faces better than humans. We have also managed to build mechanical systems using deep learning that are able to percieve better than humans. There is a lot to look forward to in the future!